Attention! English version of the site is under construction! 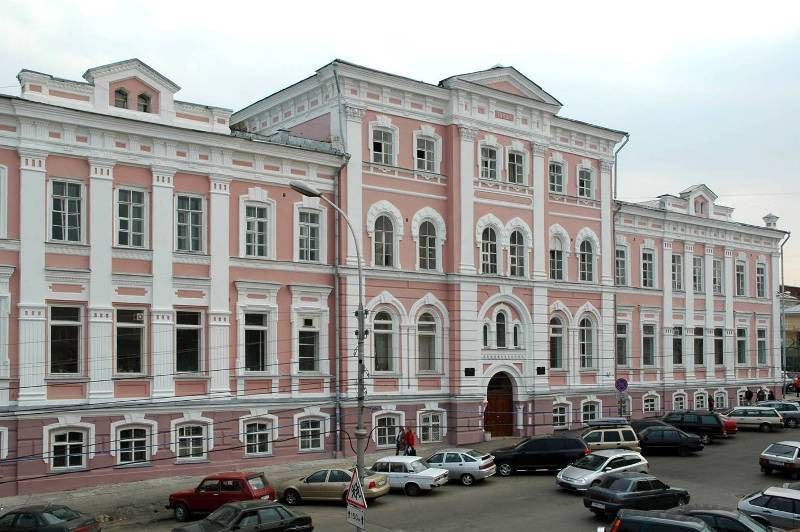 In 2013, the Institute received a new status and became known as the Perm State Academy of Art and Culture. The Academy was headed by Honored Cultural Worker of Russia, prize winner of international competitions, prize winner of the Russian Performing Arts Foundation (Moscow), prize winner of  Perm Territory  award in the field of art and culture, Professor Lyudmila Drobysheva-Razumovskaya. During 2013, a new effective management structure was created at the higher school. The rectorate structure was optimized, there appeared research activity department, the department of cultural and educational projects management, the department of extracurricular and educational work, information technology department, and the press service.

In 2015, the Institute was given back its historical name.

Today the Institute is developing rapidly. New directions of training have been opened, new faculties have been created, and the highly professional research and creative teaching staff of the higher school is being formed. Today the Institute employs outstanding figures of culture and arts, People’s and Honored artistes, heads of theatres and creative art groups of the city and region: V.V. Danilin, B. L. Milgram, P. A. Pechenkin, S. P. Fedotov, V. V. Perova, I. R. Kotelnikova, L. A. Petrova, T. A. Kazarinova,  M. M. Skomorokhov, V. A. Novick, L. F. Ivonina, V. A. Iliev, T. P. Zharkova, V. I. Platonov, and others.

One of the important directions of the development of the Institute at the present stage is to support scientific and creative schools and major creative and scientific events. The Institute annually hosts international and national conferences, open lectures and round table discussions. The most famous of them are All-Russian conference (with international participation) "Dialogues on Culture and Art", All-Russian conference in the framework of the forum of national unity "Problems and Prospects of Implementing the Strategy of State National Policy" which is held with the support of the administration of the Governor of Perm Territory.

The scientific achievements of the Institute stimulate the research interest of students. Thanks to this interest there is an annual scientific and practical conference of students in PSIC.

Creative and performing activity of the Institute is the most dynamically developing direction. The main priority in this area is the implementation of socially significant creative projects and positioning of PSIC at All-Russian and international levels both as an expert center and the center for continuing art education.

The teachers and students of PSIC annually become winners of professional competitions of various levels.

Scientific and educational activity of students would be impossible without the provision of modern technologies used in specially equipped classrooms, all necessary musical instruments, as well as the creation of comfortable living conditions in the student halls of residence located in the city center.

The graduates from PSIC speak about the successful activity of their alma mater glorifying the Institute, the city, the country on the world stage. The most famous of them are People's artiste Vladimir Danilin, a world-famous magician, prize winner of numerous international competitions; Evgeny Panfilov, the creator of the world famous original school of modern dance and theatre ballet; Sergei Rainik, the artistic director of the theatre "Evgeny Panfilov Ballet"; Sergey Fedotov, the founder and artistic director of the theater "U mosta", which has also acquired national and international acclaim for its original productions of plays by Russian classics and contemporary foreign playwrights; Galina Kokoulina, the director of the Perm Territory Philharmonics; Olga Vyguzova, the founder and leader of the academic choir "Mlada"; Vitaly Kovalenko, a pianist and jazzman; Irina Kuleva, the founder and leader of ensemble "Voskresenye"; Natalia Buklaga, a soloist of Perm Opera House; Eduard Morozov, a soloist of Perm Opera House.  Besides, the graduates from PSIC are  the following TV and film actors Svetlana Permyakova, Zhanna Kadnikova, Anton Bogdanov, Ilya Ilyinykh, Vladimir Smirnov, Marina Fedunkiv, Vladimir Selivanov, known for their performing in TV show "Club of the cheerful and sharp-witted" and popular TV series.